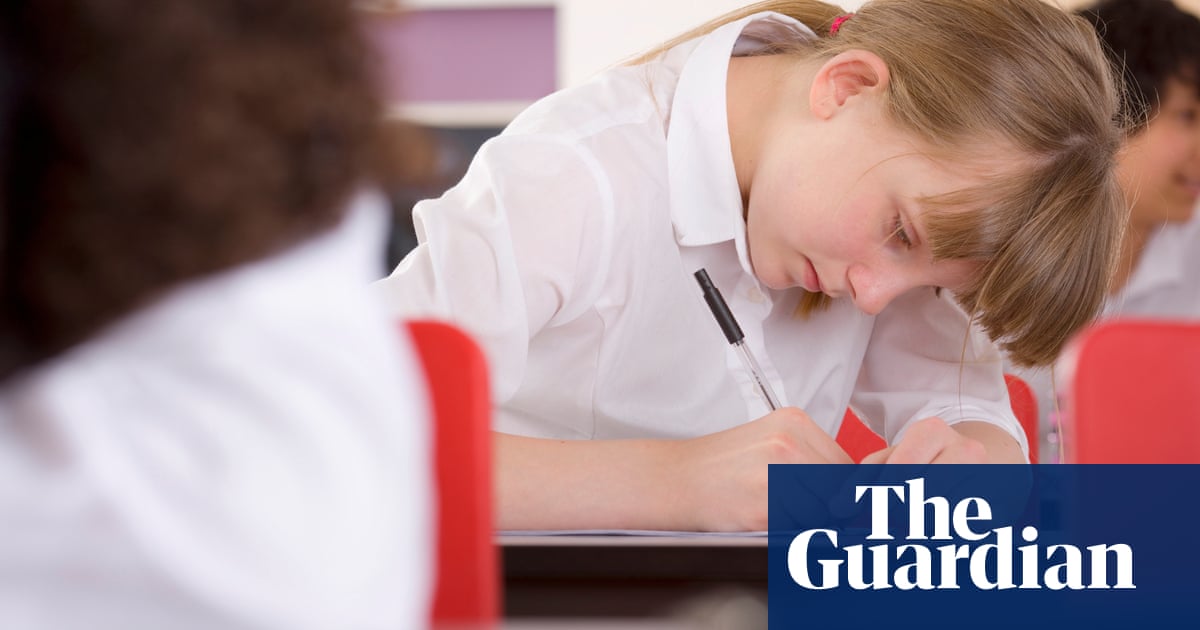 Children at hundreds of primary schools in England are being asked to attend Sats revision classes over the Easter holidays, a teaching union official has revealed, warning that it was part of a disturbing trend.

Darren Northcott, the NASUWT national officer for education, said revision classes for primary school pupils were unheard of five years ago but that he now knew of hundreds of cases of pupils in their final year of primary – Year 6 – being asked in for “cramming” by their schools ahead of the tests next month.

While revision classes for pupils sitting GCSE and A-level exams are commonplace, the standardised tests taken by 10- and 11-year-olds known as Sats are meant to be low-key and measure progress by schools rather than individuals.

Speaking at the union’s annual conference in Belfast, Northcott said: “Something that we have seen in the secondary sector, we are now starting to see in the primary sector. It’s the start of a trend – there are more and more schools doing it.”

Some schools combined the revision for tests of reading, maths, spelling and grammar with activities such as making Easter bonnets, while in others pupils are given treats including McDonald’s Happy Meals and prizes for attendance.

At Browney Academy, a school in Co Durham, parents were told in a newsletter this month: “Year 6 are working super hard in the run-up to their Sats tests with extra booster sessions after school and during the Easter holidays. Well done to everyone for your hard work.”

Westgate Hill, a primary school in Newcastle, held an “Easter school” for its Year 6 pupils, offering “the chance for you to work with a teacher on reading and maths” as well as crafts and games.

The revision classes were held on three mornings each week of the holiday break. “It would be great if you could attend each day,” the school told pupils.

Why It’s So Important That Teachers Cultivate Their Own Resilience

Michael Tidd, a primary head in Sussex, said he was surprised at the number of schools running revision classes and questioned their usefulness.

“By the time pupils reach the Easter of Year 6, they’ll have spent around 250 weeks in school. It seems unlikely to me that an additional week taken out of valuable holiday time – both for teachers and families – would achieve enough to make the additional burden worthwhile,” Tidd said.

The revelation comes a week after Labour leader Jeremy Corbyn promised to scrap Sats, after years of complaints from parents and teachers of the stress that the national tests were said to have caused.

Angela Rayner, shadow education secretary, said: “This is just the latest example of the impact that the current Sats regime is having on children, teachers and schools. Our pupils are the most tested in the world but there is no evidence that the current high-stakes testing regime improves teaching and learning.”

Chris Keates, the NASUWT’s general secretary, said: “The growing trend of Easter Sats classes in primary schools is a worrying reflection of the high-stakes accountability regime they operate in. Children should be spending Easter with their families and friends, not cramming for Sats.”

The tests are used by the government to measure the progress made by pupils at primary school. The results are used in school performance tables and as an accountability measure by the Department for Education as well as contributing to Ofsted’s inspection regime.

Earlier, the NASUWT annual conference backed a motion that could trigger strikes at the schools where teachers and other staff were being put at risk from violent abuse.

Delegates voted in favour of a resolution “to defend members through all legitimate means, up to and including industrial action, when their health, safety and welfare is placed at risk by pupil indiscipline”.

The conference heard reports of school leaders refusing to call the police after attacks on staff. In one case, a teacher was punched in the face by a 10-year-old in front of a deputy principal, who did nothing in response. Another teacher, left bleeding after being assaulted, was given a cup of tea and told to go back to class.

‘I Can Exist Here’: On Gender Identity, Some Colleges Are Opening Up

“We cannot continue to put up with this lack of dignity, this absolute prostitution of our professionalism. We have to stand up for what is right,” Russ Walters, the NASUWT’s treasurer, told the conference.