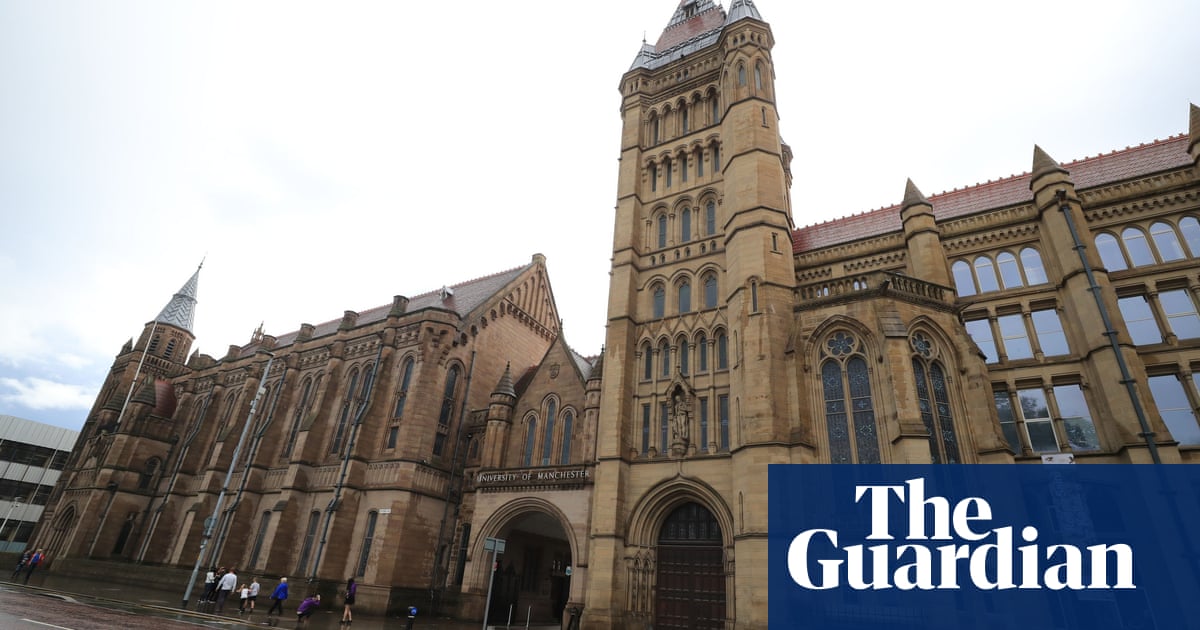 The University of Manchester has said it will review its £12m investment in fossil fuel firms after a seven-day protest by students who threatened to go on hunger strike.

Students from the protest group People and Planet had occupied one of the university’s buildings for the past week in a demonstration against its multimillion-pound investment in fossil fuel companies.

The university said it recognised “the urgency of the issue” and committed to bringing forward a review of its investment portfolio.

A freedom of information request by People and Planet found that the University of Manchester, one of Britain’s biggest academic institutions, owned nearly £12m worth of shares in fossil fuel companies despite claiming it was committed to being a “world leader in sustainable development”.

The announcement follows divestment pledges by several big universities in recent years, including the University of York last month, Durham University, Cardiff University and Bristol University in 2018. Student pressure has played a key role in these decisions, with many of them coming after significant student-led campaigns.

Lizzy Haughton, of Manchester University’s students’ union, said significant progress had been made despite the university’s reluctance to commit to full divestment: “They don’t want to say it out loud, but divesting has to be a part of decarbonising the investment portfolio, so it goes beyond divestment.

“We haven’t won yet. There’s very little trust between the students and the university to do all of this, but it’s the biggest shift that we’ve seen since the campaign started.”

In a joint statement, the University of Manchester and the students’ union said: “The university has committed to bring forward by a year the review of its SRIP [socially responsible investment policy] because of the shared recognition of the urgency of the issue.

“This review will be completed before 31 July 2020 for implementation from 1 August 2020. There will be meaningful engagement with the wider student, staff and alumni bodies as part of this review.”

People and Planet called off the week-long demonstration following the university’s commitment. The group said the decision to end the occupation had “not been taken lightly” but it accepted the university’s statement “because of the enormous potential it offers, which could go far further than simply divestment from fossil fuel companies”.

Speaking to the university’s student newspaper, the Mancunian, immediately after the occupation ended, the students said they felt they were treated badly by the university, who they said had blocked their access to food and other supplies during the course of the week. “I think they forgot we are students of theirs,” said one of the activists, Neriya Ben-Dor.