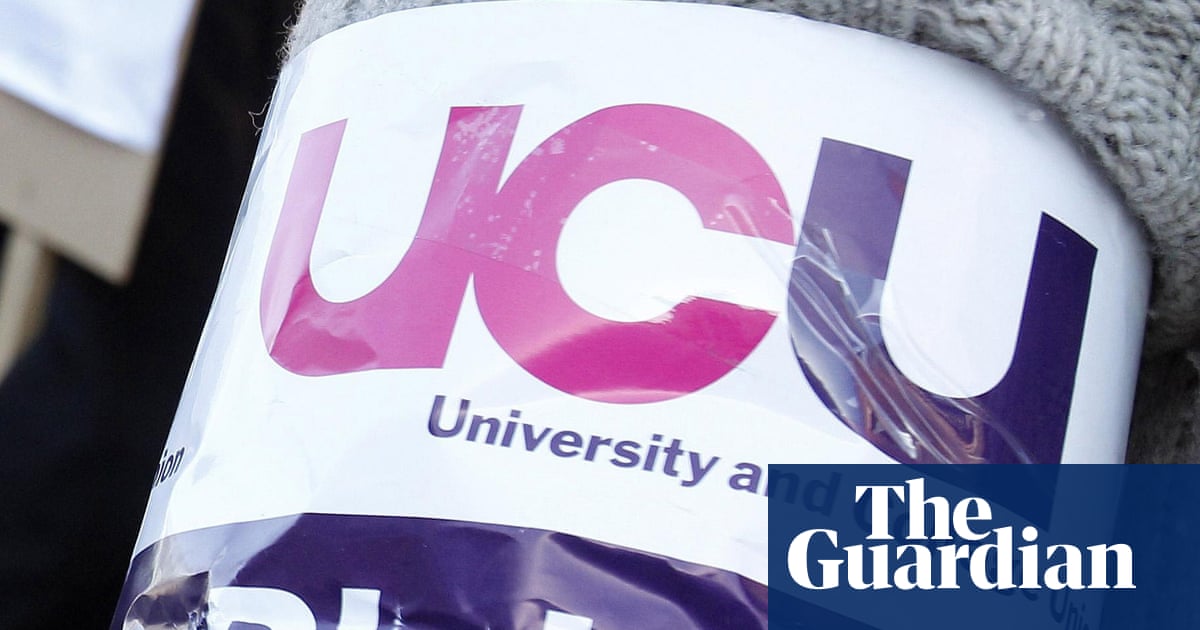 Universities have been accused of using “strong-arm tactics” to undermine strike action which threatens to cause widespread disruption at 60 campuses across the UK this week.

More than 40,000 lecturers, technicians, librarians and other academic staff will walk out on strike for eight days from Monday over pension, pay and conditions, in a wave of industrial action which will impact on the studies of more than a million students.

Picket lines will be mounted across campuses, with many of the staff members involved offering alternative teach-outs for their students. Action short of a strike will continue until further notice, meaning further disruption with staff working to contract.

There has been outrage on social media over attempts by universities to warn students off joining picket lines and encourage them to report any of their lecturers who strike.

According to the University and College Union (UCU), staff at some universities have been warned that action short of a strike could result in heavy reductions to pay , on top of strike deductions, while other institutions have been hunting for cover staff to minimise disruption for students.

Euan Myles's best photograph: The secret to happiness? Your own windmill

The UCU general secretary, Jo Grady, said: “Universities should have been putting their efforts into trying to resolve the disputes, not scouting for scab labour, threatening staff with over the top pay deductions and other strong-arm tactics.

“We have heard of department heads walking around campus demanding to know who is in the union and asking others to cover their classes. It appears they have learnt nothing from last year’s action where this sort of behaviour solidified strikers’ resolve and angered students.”

Sheffield Hallam University (SHU) was accused of asking students to fill in a form entitled Industrial Action: record of teaching activities not taking place, giving details of the course, module, date and time of lecture affected.

“This will help us monitor and record the teaching activities that are affected by staff taking industrial action for the purposes of planning for any alternative arrangements,” it advises. The form was shared on Twitter, prompting a host of fake responses, including: “We are not your surveillance tools.” SHU could not be reached for comment.

There was also anger at Liverpool University after managers sent an email to undergraduates on Friday warning them it was unlawful to join pickets. In the same email, international students were informed that anyone who chose not to cross picket lines to attend teaching sessions risked jeopardising their visa.

Ché Spencer Pote, the women’s officer for Liverpool University Labour Students said it was “extremely worrying” that the university had decided to continue monitoring attendance during the eight-day strike. “If a student doesn’t cross the picket line they risk their attendance falling below the expected threshold, which can lead to being kicked off courses for subjects like nursing.”

A spokeswoman for the University of Liverpool responded: “We undertake regular monitoring of all undergraduate student attendance. This is not only to ensure we fulfil our duties on international student visas to UK Visas and Immigration, but is also vital as attendance is an important indicator of student wellbeing.

“We respect our students’ rights to support the industrial action, should they wish to do so. However it is important that they have the necessary information to do so lawfully.”

It is the second time in less than two years that universities have seen widespread industrial action. In February last year, 64 universities were affected by 14 days of strike action over changes to the Universities Superannuation Scheme.

Last year the union succeeded in forcing employers to drop plans to change it from a defined benefit scheme to the far less favourable defined contribution scheme. It is now challenging the size of staff contributions, calling for it to be capped at 8% of a lecturer’s salary, rather than the 9.6% approved by employers.

The UCU is also taking action over pay which it says has fallen 20% over the past decade, as well as casualisation and increased workload. It is also calling for action on the pay gap for women, ethnic minorities and the disabled.

Sol Gamsu, a sociology lecturer at Durham University and UCU branch committee member, will be among those on the picket lines and taking part in teach-outs during the strike. He said the latest industrial action was not just about pensions and pay.

“It’s also about a deeper crisis and a deeper lack of faith among staff that things are really going to get better. The way the system is being managed is unsustainable in terms of work loads, casual contracts and lack of security in the sector. None of the problems we are facing are really being dealt with in a serious way. That has to change.”

Chris Sayers, the chairman of the Committee of University Chairs, said: “Against a backdrop of unprecedented uncertainty and financial pressure, the role of university boards and councils has to be to ensure the long-term sustainability of their institutions, and therefore they have to balance the investment they want to make in people against all the other calls on their resources.”