Furaha Asani, a young academic at Leicester University, was shocked when her visa application was rejected in August. But real fear set in when she realised Britain plans to deport her in three weeks’ time to the Democratic Republic of Congo – a war-torn country she has never visited and where the Home Office agrees sexual violence is pervasive.

Dr Asani came to the UK on a full scholarship to do a PhD on infection and immunity at Sheffield University, and has since been undertaking cardiovascular research at Leicester University. Her father was from the DRC, but fled in 1968 because as a student activist, his life was at risk. Asani grew up in Nigeria. Although she has a Congolese passport, she has never been to the DRC, which has one of the worst human rights records in the world. She does not speak the main language and knows no one there.

US academic given two weeks to leave UK after eight years

“A week after my visa rejection I had another letter from the Home Office saying I didn’t have any right to appeal from within the UK and I would be deported to the DRC if I didn’t go,” she says. “It was an extremely scary letter. I was shaking and felt I would throw up. The idea of being sent there is so frightening.”

Her case will add to mounting anger among academics, who say the hostile immigration environment is making Britain unattractive to talented researchers. Last month the Guardian reported that an American music historian, Dr Elizabeth Ford, who was about to start a fellowship at Oxford University, was given two weeks to leave after eight years in the UK. Also last month, the Home Office refused visas for the young children of Prof Amber Murrey, a second American academic at Oxford, to live with her in the UK.

Now the Guardian can reveal that the Home Office has also refused to admit the nine-year-old son of another Oxford academic, Dr Wesam Hassan, a GP from Egypt. Hassan, who has started a PhD at Oxford, learned this summer that her son would not be granted a visa.

Her husband is a humanitarian coordinator for the United Nations in Yemen, designated a “non-family station” because of the conflict there, so their son is being forced to live apart from both parents, with his aunt in Egypt. She says the Home Office has caused “trauma” by wrenching her family apart.

Safeguarding the Mental Health of Teachers

Meanwhile, Dr Asani believes that as a single woman she will be in great danger if forced to go to the DRC. 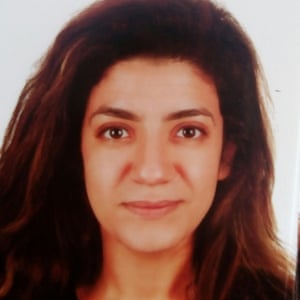 Wesam Hassan, whose nine-year-old son is not allowed to join her in Oxford.

The Home Office website has a report on gender-based violence in the DRC, which cites multiple reports saying sexual and other violence against women is “widespread” and “pervasive”. It references research commissioned by the Swedish embassy in collaboration with the UK government in 2014, which concludes: “The extent of sexual violence in DRC is horrific and shows no sign of reducing.”

The Foreign Office has posted strong warnings about the risks of travelling to the DRC.

“They said that because I have lived in Nigeria I will have no trouble establishing a life in the DRC,” Asani says. “That seems incredibly ignorant. For a start, unlike Nigeria, which was a British colony, they speak French, and I only speak English. I don’t know how I would find somewhere to stay, let alone get a job. I don’t know anyone there. How would I even ask for help if I needed it?”

Asani does not have the option of returning to Nigeria as her family was on a temporary residence permit there, which they had to renew each year. When she visits her mother, a dental surgeon in Nigeria, she now has to apply for a visitor’s visa. The Nigerian embassy has made it clear they intend to refuse her most recent application for a visitor’s permit, in part because they are concerned about her UK visa running out. “The UK government says they don’t believe this, but I sent them extensive documentary evidence proving it,” she says.

Now, because her UK visa has been declined, Asani has lost a new job as an academic skills consultant at Leicester. “I am a gifted and passionate teacher,” she says. “This would have been a chance to work with students doing what I loved.”

The Home Office says Asani has until 7 November to leave or they will deport her to the DRC. 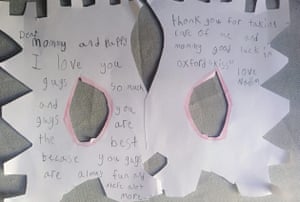 A letter from Hassam’s son. She says the Home Office has caused ‘trauma’ by wrenching the family apart.

“I don’t know how I will fight this but I will fight it. I am trying to raise enough money to go to judicial review,” she says.

Dr Gareth Brown, secretary of the Leicester branch of the University and College Union, says: “It is staggering. This is not a complicated situation in which the Home Office has had to take a tough decision. She isn’t even from the DRC. They should admit their mistake.”

Sanaz Raji, founder of the campaign group Unis Resist Border Controls, says Leicester’s management have “completely discarded” Asani. “Furaha has been left in this really desperate and precarious state and they have just pushed her aside.”

How Parents Can Help Their Dyslexic Child Get Needed Support

The university declined to comment on Asani’s case but said Leicester was “fully committed to inclusivity … however, we are unable to influence decisions made by the Home Office”.

Meanwhile in Oxford, Dr Hassan is desperately missing her son. When she applied for his dependent child visa, including supporting letters from the UN about her husband’s position in Yemen, it hadn’t occurred to her the visa might be refused. She had secured a graduate flat for them both, which her husband would be given leave to visit monthly, and applied to schools.

Oxford professor’s children refused visas to join her in UK

“I went to collect his visa as it hadn’t arrived, and instead I found a letter addressed to him – although he is only nine – rejecting his application. That caused so much trauma and a lot of crying,” she says.

“He is finding this really difficult, but he has learned to hold some of it in. He is telling me not to worry and to enjoy my time in Oxford. When you hear your child saying that from so far away, you wonder ‘how does he really feel?’”

Teacher rebellion: How Mr Jones gave up his job to fight the climate crisis

Under the immigration rules, a child may only be given a visa if both parents are living in the UK, unless the parent living here has sole parental responsibility. Despite Hassan’s husband being unable to have his family with him in Yemen, the Home Office said there was no evidence of exceptional circumstances.

Anne Morris, an immigration lawyer with more than 25 years of advising clients in the education sector, says that the UK immigration system is “failing academia”. “Visa processing is protracted, expensive and unpredictable, undermining the efforts of educational institutions to attract and retain global academic talent.”

The Guardian approached the Home Office but it did not comment in time for publication.