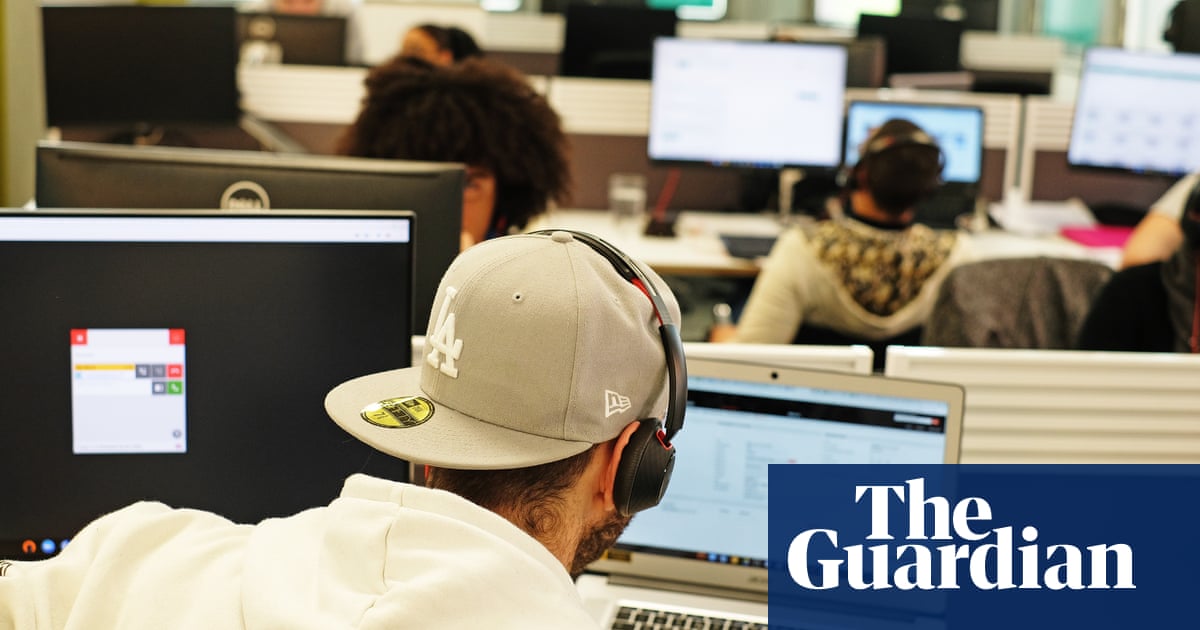 Hundreds of operators in a high-pressure call centre are to switch to a four-day week with no loss of pay, as an insurer becomes the biggest UK company yet to trial a reduction in working hours.

Simply Business, which sells insurance to landlords and small businesses and employs more than 500 people, will launch a trial from September involving call operators in its Northampton contact centre, which could lead to 250 people getting an extra day off each week.

Bosses say they recognise that call centre jobs are “intense” and hope the change could improve staff wellbeing.

Growing interest in the idea was checked last month when the Wellcome Trust scrapped plans to trial a four-day week for 800 workers in its head office, saying it was too complex and that it could not be offered equitably to all staff because of the wide range of different roles.

But Simply Business, which is owned by the multibillion-dollar US insurance firm Travelers, has been reassured by discussions with executives from Perpetual Guardian, a New Zealand financial services business that switched to a four-day week last year and claims it has boosted productivity. This month Perpetual Guardian held meetings with several UK employers, including in the public sector, to discuss the benefits.

A Brighton recruitment consultancy, MRL, has announced that from this month its 56 staff will work Monday to Thursday for the same pay. Its chief executive, David Stone, said: “I want to hire people who are good enough to do five days of work in four.”

Frances O’Grady, the general secretary of the Trades Union Congress, has said a four-day week is a realistic goal for most people by the end of this century, and Labour has commissioned the historian Robert Skidelsky to investigate the merits of the idea.

In 1930 the economist John Maynard Keynes predicted that by now everyone would work a 15-hour week and spend the rest of their time at leisure. But since the financial crisis, working hours have risen in the UK as stagnating wages have prompted people to try to take on more work to keep up with inflation.

Debs Holland, the general manager of the Simply Business call centre, said: “Working in our contact centre is really hard. You have very little autonomy. In the rest of the business, people have significant flexibility. I believe we should create a world where they have the advantage we have.”

The move from a 37.5-hour week to a 30-hour week will require a 20% increase in productivity if business performance is not to suffer. Bosses believe greater use of data analytics and web and email contact means fewer calls should be needed.

Is this the age of the four-day week? | Robert Booth

Asked why the company did not simply bank these productivity gains as profit and lay off workers who typically earn £26,000 a year, Holland said: “This is about sharing the upside with our people and creating a workplace which is as great as it can be.”

Call centres have long been considered the factories of today. There are around 6,200 in the UK, employing nearly 1.3 million people. Industry experts have predicted technological advances could result in mass redundancies, but Simply Business acknowledges there is currently competition for staff and wants to try letting its workers either take a day off, work five shorter days or split shifts to give them time to pick up children or look after family members.

“We’ve got lots of people who enjoy horse riding or go fishing but we also have lots of people with caring responsibilities,” Holland said. “For them it is potentially life-changing.”