In the well-heeled district of Clifton in Bristol, with its Georgian crescents and French brasseries, 100% of school leavers go to university. Yet in the southern suburb of Hartcliffe, the figures are the lowest in the country: only 8.6% make it there. This is the divided face of Brexit Britain.

Bristol University, part of the Russell Group and a favourite among private school students, has long been at the privileged heart of Clifton. But it has radical plans to pull in the deprived communities to the south and east: starting with a campus on what its management calls “the wrong side of the tracks”.

The university was one of the first to introduce “contextual offers” – lower grade requirements to students from a list of schools – back in 2009. Now it wants to go further by introducing flexible courses designed to appeal to people in deprived local districts, even if they haven’t performed well at school.

Guy Orpen, Bristol’s deputy vice-chancellor, says: “Overall this city voted against Brexit – 60% voted to remain. But in the peripheral suburbs like Hartcliffe they voted to leave. They’ve had a poor experience of the 21st century and I don’t blame them for being angry about how things have turned out.”

The new Temple Quarter campus will be built on the urban east side of Bristol Temple Meads station, on the site of a well-known local eyesore– a post sorting office that had lain derelict for 20 years. “People on that side of the city don’t have access to the city centre, and many kids will grow up never going there,” says Orpen. “Transport is fragmented and poor. Many young people don’t have a sixth form they can get to. It is just a few miles away from us in the west of the city but it is a different world.”

Bristol’s plans are not driven by altruism alone. In 2017-18 one third (34%) of its students were from private schools, according to the Higher Education Statistics Agency. The Office for Students, the universities regulator, is leaning on institutions – especially those at the elite end – to demonstrate that they are targeting potential students from disadvantaged backgrounds.

Bristol was the first university to announce plans to expand significantly when the government removed the recruitment cap in 2015. The new campus, which will house 3,000 students, represents a second big expansion. It will be eyed with trepidation by other nearby universities that already accept students – and their £9,250 a year fees – with lower grades. 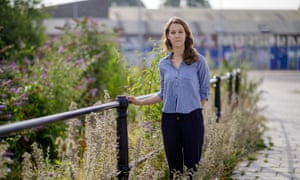 Myla Lloyd, who had no A-levels when she started her foundation course at Bristol, on the site of the proposed new campus at Temple Meads Photograph: Sam Frost/The Guardian

The new campus will be next door to one of the most deprived areas of the city, Barton Hill. Unlike Hartcliffe, this is a mainly black and multi-ethnic district, with a large number of Somali residents. The council has calculated 46% of children are growing up in poverty.

Joanna Holmes, CEO of the Barton Hill Settlement, a community centre offering services from legal advice to bringing people together for barbecues, says that over in Clifton the university is unreachable in more ways than one. “It is symbolically posh,” she says. “This new campus feels like the university coming down the hill to the rest of us.”

Holmes’s settlement was actually set up by the university in 1911. The idea then was that Bristol staff and students would live there and spread enlightenment: it was a radically liberal community, supporting campaigns such as votes for women and feeding the families of local workers when they went on strike. But the relationship dwindled and the university hasn’t had anything to do with Barton Hill since the 1970s.

Ofsted to bring back routine inspections for outstanding schools

Universities told to be more flexible about pupils’ A-level results

That is all about to change. In addition to the new campus, due to open in 2022, the university is planning a “micro-campus” in brightly painted shipping containers within the Barton Hill settlement for people who still find the whole idea of university a step too far.

It will have three containers in which to teach its students. Upstairs will be tiny bedsits for people who want to study but need a place with a stable low rent, or time away from complicated situations at home, to make that possible.

Holmes says people in her community aren’t short of aspirations. “A lot of our families have two adults working three jobs between them; working all hours of the day and night. They get basic qualifications and then drop out of the system because there is nothing that fits their lives. It makes it hard to break out,” she says.

“We are saying to local mums, ‘Don’t just do as many cleaning jobs as you can so your kids can go to university. You can go too.’”

How to Create Deeper Student Learning Experiences Through Authentic Questions

Tom Sperlinger, professor of literature and engaged pedagogy at Bristol, has been tasked with finding ways of pulling people from deprived communities such as Barton Hill and Hartcliffe into the new Temple Quarter campus. He is working on a business case for a new flexible degree for local people. The plan is that you could take a short course in one of the Barton Hill shipping containers – or in the local library in Hartcliffe – and get 30 credits that count towards a degree. 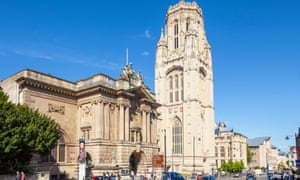 Bristol’s Clifton campus is in an area where every school leaver goes on to university. Photograph: Alamy

“If you do that in your local library and find it’s achievable and not all that scary, it maybe seems less scary to think about going to the main campus,” he says.

Bristol has already experimented with access courses, which are not common in Russell Group universities. Ninety per cent of students on its year-long foundation programme in the arts and humanities don’t have A-levels – and the university says three-quarters of them go on to study a degree at Bristol or elsewhere. The course is publicised widely in local media and the university runs taster courses with community organisations, including Bristol Refugee Rights and the Single Parent Action Network.

Myla Lloyd was part of the first year of this foundation course in 2013 and now works for a local MP. “I got good results in my GCSEs, but my Dad passed away and that started a trajectory where everything was knocked off course for me,” she says.

Lloyd hopes Bristol’s new project will open up the university to local people who have found themselves shut out from education. “The university is this big fancy building and it must seem very far removed if you live on an estate in Hartcliffe,” she says. “People often can’t even afford a bus ticket to get into the centre. And if you haven’t ever been to a youth centre, let alone a museum, why would it occur to you to go to university?”