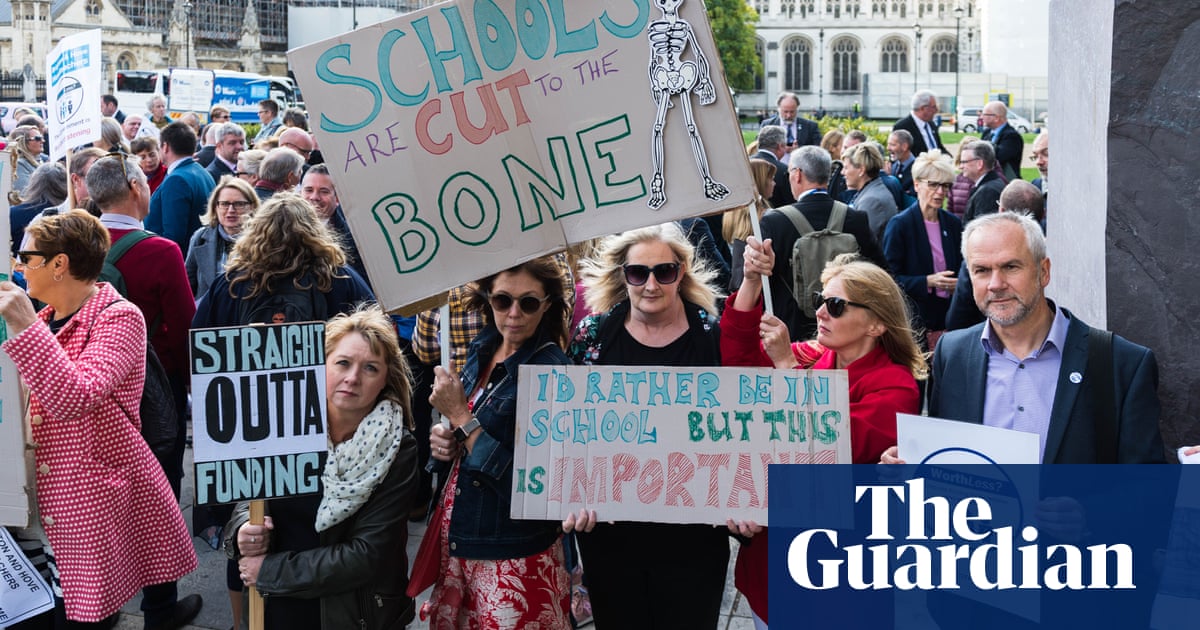 Headteachers in England have been told to endure “the darkest hour” until the Treasury’s spending plans for future school funding are revealed, by an education minister.

Nick Gibb, the schools minister for England, hinted in an interview with The House magazine that school leaders should see the benefits of an end to austerity when the details of the next spending round is announced in autumn.

“I just say to headteachers that we are at the darkest hour just before dawn. It’s important to – how to phrase this really – to get through this period in the best way that we can,” Gibb said.

Noting that schools had £4bn in surpluses, Gibb said: “There is money in the system but some schools are struggling, there’s no question about that. I just feel that we are 10 years on from the financial crash, we’ve got the deficit down to under 2% … it’s projected forward to be under 1.1%. Revenues are beginning to recover.”

Pressure has been growing on the chancellor, Philip Hammond, to alleviate the political damage from school budget cuts, including cases of schools closing early to save money, asking parents to donate basics such as pencils, a fall-off in special needs funding, and teachers having to clean classrooms.

“There isn’t a spending department in Whitehall that doesn’t want more money. But we also understand the pressures that the chancellor is under. We will prepare the best bid possible for not just high needs and post-16, but also for school spending,” Gibb said.

The veteran schools minister – who has held posts under four different secretaries of state – repeated his view that children should not spend an excessive amount of time on their mobile phones, arguing that a social divide will open up because “parents who are not as well educated” may not understand the dangers to their children’s education.

“Their children will be on these things for many hours and come to school exhausted the next day and then not work as hard or as effectively at school, and so the divide in society will continue,” Gibb said.

Equality in schools: ‘What makes people think a black woman can’t be headteacher?’

The minister said he thought young teachers were asked to do too much without adequate support during their difficult first years in the profession.

“We ask them to start a full-time job in a profession for the first time, aged 22 or 23. We ask them to get a place to live, to get up, get to work and all these things that are pressures on anybody starting in a job. And we ask them to devise a curriculum, to learn how to teach. So, we’re trying to make it so that they have much more support in those first two years,” Gibb said.

Gibb’s comments come ahead of an appearance by the education secretary, Damian Hinds, at the National Association of Head Teachers (NAHT) annual conference on Friday, where funding and teacher retention are on the agenda.

Paul Whiteman, NAHT general secretary, said: “Besides funding, staff turnover is the biggest headache for school leaders. The government’s early career framework is the correct approach but there’s a lot riding on it, and we really need them to get it right.”