A science teacher from rural Kenya who donates most of his salary to help poorer students has been crowned the world’s best teacher and awarded a $1m prize, beating 10,000 nominations from 179 countries.

Peter Tabichi, 36, a maths and physics teacher at Keriko secondary school in Pwani Village, in a remote part of Kenya’s Rift Valley, has won the Varkey Foundation Global Teacher Prize 2019.

Tabichi, a member of the Franciscan religious order, received his prize at a ceremony in Dubai hosted by actor Hugh Jackman.

Tabichi gives away 80% of his income to help the poorest students at the poorly-equipped and overcrowded school who could not otherwise not afford uniforms and books.

More than 90% of his pupils are from poor families and almost a third are orphans or have only one parent. Drug abuse, teenage pregnancies, dropping out early from school, young marriages and suicide are common. Students have to walk 7km along roads that can become impassable in the rainy season to reach the school and the area can be affected by drought and famine.

Award-winning teacher among staff needing charity to scrape by

Despite only having one computer, a poor internet connection and a student-teacher ratio of 58:1, Tabichi started a “talent nurturing club” and expanded the school’s science club, helping pupils design research projects of such quality that many now qualify for national competitions.

His students have taken part in international science competitions and won an award from the Royal Society of Chemistry after harnessing local plant life to generate electricity.

Tabichi and four colleagues also give struggling pupils one-to-one tuition in maths and science, visiting students’ homes and meeting their families to identify the challenges they face.

Enrolment at the school has doubled to 400 over three years and girls’ achievement in particular has been boosted.

Accepting the prize, Tabichi said: “I am only here because of what my students have achieved. This prize gives them a chance. It tells the world that they can do anything.”

The Kenyan president, Uhuru Kenyatta, said in a video message: “Peter, your story is the story of Africa, a young continent bursting with talent.” 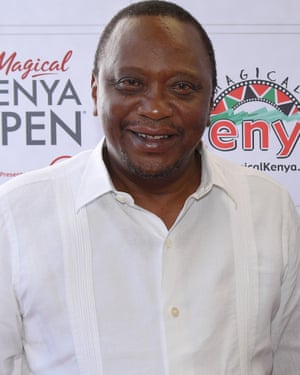 Now in its fifth year, the prize was set up to highlight the vital role teachers play in society.

Sunny Varkey, founder of the Varkey Foundation, said she hoped Tabichi’s story would encourage others to enter the profession and “shine a spotlight on the truly inspiring work teachers do to make tomorrow brighter than today”.

Tabichi said Africa’s young people would no longer be held back by low expectations. “Africa will produce scientists, engineers, entrepreneurs whose names will be one day famous in every corner of the world. And girls will be a huge part of this story,” he said.

“I believe science and technology can play a leading role in unlocking Africa’s potential. It’s morning in Africa. The skies are clear. This is Africa’s time.”

Giving Students Stepping Stones For Participation To Lift Up Their Voices

Last year’s prize went to an arts teacher from north London, Andria Zafirakou. An assistant headteacher from Birmingham, Andrew Moffat, who made headlines because of a row with parents over LGBT lessons, was among this year’s top 10 finalists.