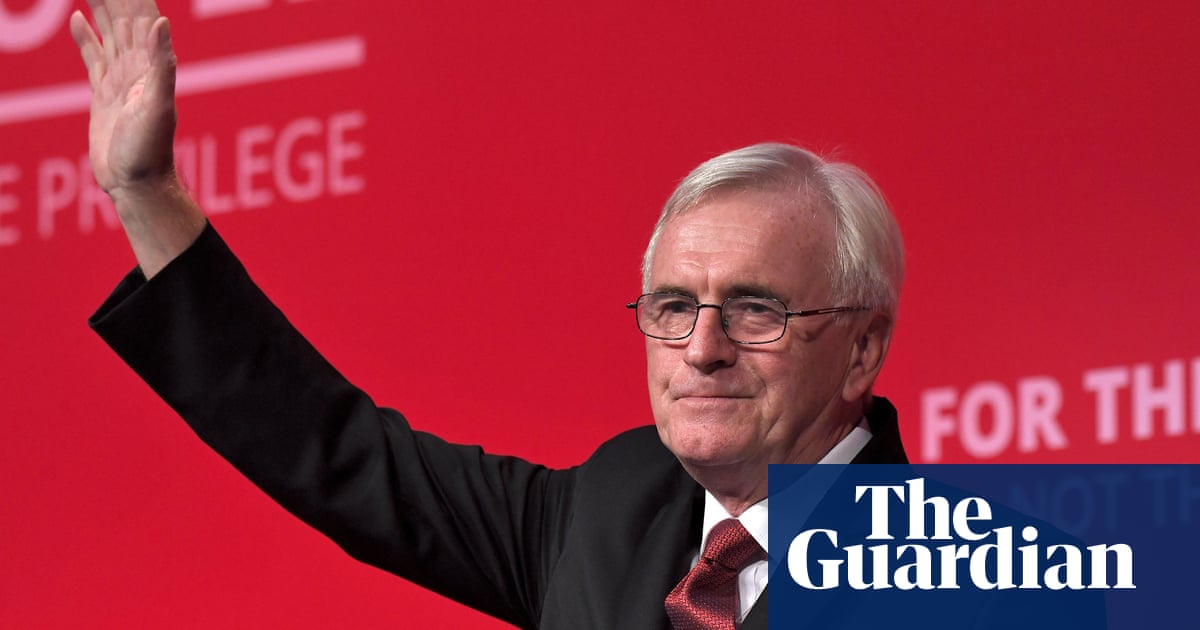 Workers will enjoy longer holidays under a future Labour government as part of a 10-year plan to see the length of the average full-time working week drop by five hours, the shadow chancellor, John McDonnell, has announced.

Speaking at the party’s conference in Brighton, McDonnell said he wanted to see a marked cut in the average working week from 37 to 32 hours within a decade, with no loss of pay.

The shadow chancellor said Labour would adopt a two-pronged approach to reducing the working week: the creation of a working time commission with powers to increase statutory leave entitlement, coupled with stronger trade unions able to negotiate cuts in hours with employers.

Labour has ruled out a French-style blanket cap on the working week, which it considers unworkable. Despite concerns from business about the cost of the proposal, McDonnell believes a 32-hour week is feasible without job losses.

The pledge follows the recent publication of a report by Robert Skidelsky, which said the average working week for full-time workers was longer in the UK than in every EU country bar Greece and Austria.

Work it! Can you learn to love the job you have?

“I can tell you today that the next Labour government will put in place the changes needed to reduce average full-time working hours to 32 a week within the next decade,” McDonnell said. “A shorter working week with no loss of pay.”

The shadow chancellor said that as a first step, a Labour government would end Britain’s opt-out from the European working time directive.

“As we roll out sectoral collective bargaining, we will include negotiations over working hours. We’ll require working hours to be included in the legally binding sectoral agreements. This will allow unions and employees to decide together how best to reduce hours for their sector.

“And we’ll set up a working time commission with the power to recommend to government on increasing statutory leave entitlements as quickly as possible without increasing unemployment.”

McDonnell said that due in large part to the efforts of trade unions, the average full-time working week had fallen from 65 hours in the 1860s to 43 hours in the 1970s. But in recent decades the link between increasing productivity and shorter hours had been broken. “It’s time to put that right,” McDonnell said. “We should work to live, not live to work.”

‘It hasn’t been easy being a Tory in education’: meet the teachers standing for election

Mike Cherry, the chairman of the Federation of Small Businesses, said he was pleased that Labour had ruled out a cap on hours, but added that the UK’s productivity gap with rival countries could not be closed by simply reducing working hours.

“Forcing a shorter working week on small firms is not feasible. Increasing productivity starts with a proper plan for investing in infrastructure and skills while simultaneously reducing the costs of doing business – not simply reducing working hours.”

Carolyn Fairbairn, the director general of the business lobby group the CBI, said: “Who would turn down a four-day week on the same pay? But without productivity gains it would push many businesses into loss.”

McDonnell committed Labour to ending in-work poverty within its first term in office, stressing that this meant transforming the way the economy worked.

“Transforming lives means, before anything else, having enough to get by. Not just to scrape by, but to live a rich and fulfilling life,” the shadow chancellor said.

“We’ll restore full trade union rights and workplace rights from day one. We’ll roll out collective bargaining to enable workers to get their fair share of what they produce. We’ll bring in a real living wage of at least £10 an hour. We’ll end the barbaric roll-out of universal credit. We’ll cap rents and build a million new genuinely affordable homes.”

The shadow chancellor said that while millions of workers were exhausted from overwork, there were too many others who needed to work for longer. Labour would ban zero-hours contracts to make sure every employee had a guaranteed number of hours a week.