“It’s not been easy being a Tory in education over the last few years,” says Lehain, a former maths teacher, with a sigh. A torchbearer for the Conservatives’ academy and free school policy, he founded and led one of the first free secondary schools – the Bedford free school – then left to head up PTE, the Parents and Teachers for Excellence group, which campaigns for stricter discipline and more facts in the curriculum. He stepped down last month to pursue another campaign.

“But, in fact, the Conservatives have got a great story to tell about education,” he says. “Take the reform of the curriculum and exam system – no one wants to undo that now. The academy programme is about enabling great school teachers and leaders to have the biggest impact, free from interference from local councils and politicians.”

The father of four girls, all at state schools, opposes grammar schools – though he sees no point in dismantling the ones that are left. And he is no fan of independent schools, though he says parents have “a natural right to decide how to educate their child”.

He doesn’t deny that teacher recruitment and retention have “got a lot tougher” but says this is a problem across the developed world. “Heavy workload is not caused any more by the Department for Education or Ofsted because they have said they are not going to tell schools how to run themselves. Headteachers have been given the powers to reduce workload and improve behaviour and I think this will make a massive difference, plus raising teacher starting salaries to £30,000,” he says.

What about school funding? “There is no doubt that funding has got really tight over the last few years but we have to remember that in 2010 there was no money, and education was well protected up to 2015 compared with other parts of the public sector,” he says.

“Now the public finances are on a more stable footing there will be an extra £14bn over three years and it will be used to help level up the lowest-funded parts of the country where schools get less money because of historic inequalities in the funding formula.”

“I know I am going to get flak over what I have said about funding but most education cash goes on staff and, compared to many people in the country, teachers are well paid and have good pensions. You have to look at the big picture – and that isn’t always popular.” 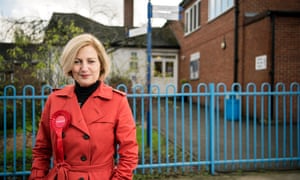 The toxicity of testing and league tables is diverting schools from their real purpose of helping children reach their full potential, says the primary music teacher. “We don’t rank fire stations. We expect every fire station to be first class and the same should go for schools. If a school isn’t first class we should move heaven and earth to support it, not put it at the bottom of a table and tell it to fight its way up.”

As well as being employed by St Teresa’s RC primary school in the London borough of Merton, Schneider works across the borough for the Merton music hub. The teacher, whose three sons went to school in Merton, won an award in 2005 for her contribution to the campaign for more nutritious school dinners and was appointed to the then School Food Trust. Her school has been “fantastic” in allowing her unpaid leave for the election campaign, she says.

Praise, Don’t Tease, And Other Tips To Help Kids With Their Weight

Schneider thinks education should be cradle to grave and funded as a public good, not a way of separating the “sheep from the goats” or a route to the highest-paid jobs. That is why Labour is right to promise to abolish tuition fees and invest in further education and training, she says.

A century of adult education has been tossed aside – is it too late to rescue it? | Laura McInerney

“My mother was an army child and missed out on education and felt she didn’t deserve anything other than a low-grade job – but then she started night school and realised she wasn’t dumb at all. But where have all the courses gone? They are now either very expensive or non-existent. Lifelong learning is something I fight for,” she says.

She is “distraught” by the way parents of disabled children are having to fight to get an education for them, and it is “a matter of real sadness” to her that the Conservative government “took a hatchet to local authorities” by their forced academisation and free school programmes.

“It has been an unmitigated disaster and we see the abuse of budgets time and time again and failing academies that are just given away to another academy provider. What Michael Gove and Dominic Cummings did by introducing the private sector was utterly, utterly irresponsible and children are paying the price of that vanity project,” she says.

The Labour party conference this year passed a motion to abolish private schools and return pupils to the state sector. Schneider says she understands the “cry from the heart” that children should not be segregated by wealth. “We need to end charitable status and make the schools pay their taxes but I am not going into this election demanding every private school should be shut down,” she says.

Sacked or silenced: academics say they are blocked from exploring trans issues 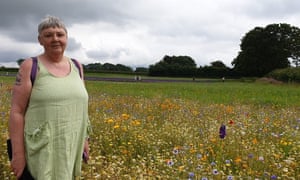 “Can I think of something good that has happened to state education since I have been teaching? I am not sure I can,” says Donna Wallace, a secondary history teacher who works for a supply agency. An advocate of lifelong learning – she studied at university full time for a history honours degree and PGCE while her two daughters were at primary school – she recently took a maths GCSE at evening school.

“After that I taught maths at a school in Reading and I teach geography as well as history, and last year I was teaching religious education,” she says.

She can think of plenty of bad things that have happened, however. Constant changes to the curriculum make it hard work to keep up and restrictions on what can be taught prevents teachers from using their passions and interests, she says.

“I go to different schools and they are all strapped for cash. They need teachers to cover classes, so they are getting rid of support staff just when there are more children with learning difficulties coming in.

“There needs to be more money invested in infrastructure. I am in a really nice school at the moment built as a temporary structure in 1971 and we literally had a flood in the classroom because of the leaking windows,” she says. Her party is promising to bring free schools and academies back into the democratically accountable local authority school system.

And Ofsted? “Well, I do wonder. They sweep in and sweep out and tick a few boxes, so how can their judgments be accurate? I worked at a school recently, an academy in a brand new building that was passed by Ofsted as outstanding. Well, it was nowhere near outstanding.”

Primary teachers to be balloted on boycotting Sats

Under a Green party government, Ofsted would be replaced by an independent national council of educational excellence with regional offices, she says.

Education is her livelihood and her passion but it was a threat to the environment that brought her into politics. “I started standing in local elections five years ago because I was so enraged that our local Tory Rushmoor council sold off a small green in the centre of Farnborough with a dozen trees on it, including two beautiful cherry trees, to developers who built a hotel and restaurant on it,” she says. “You need to have more real people in parliament rather than career politicians.” 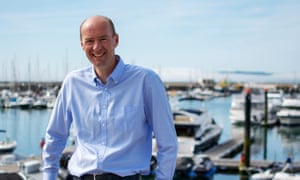 The £14bn over three years that Boris Johnson is promising for education will just take schools back to the funding level of 2015 by 2023 and will “melt like breath in the wind” if we get a hard Brexit, says the English teacher, quoting Macbeth.

English is his first love, but as an assistant headteacher at Saltash community school in Cornwall, he also teaches geography and history. “Because of the funding cuts we have a freeze on hiring so we assistant and deputy heads have to do our best to cover other subjects,” he explains.

It is not just the school that is suffering. “One of the main reasons I went into politics was because I could see the impact of the cuts on the community. I am teaching children with just one set of shoes and one pair of trousers from families who are living on the edge, which means the creaking school budget has to work even harder to make sure children are fully clothed and fed,” he says.

Headteachers to petition Downing Street: ‘There’s nothing left to cut’

Brought up on a council estate in Leeds, Howgate now lives in Paignton with his wife – head of English at the local comprehensive – and teenage son and daughter, both at local state schools. He has taken unpaid leave to fight the election and his headteacher has been “very understanding”.

Students found out about his political aspirations over the summer when they saw him on the local news campaigning against fire service funding cuts. “They were excited about it and it was lovely to come back to in September, but I avoid talking about politics,” he says.

Boris Johnson is promising to be “the candyman” for education, but the £14bn over three years is not enough to level up the inequalities of school funding. In Devon, for example, schools get £294 a year less for each secondary pupil than the average in England, he says.

His party’s promised extra £10bn a year would be enough to bring in a new fairer funding system and 20,000 more teachers, plus extending pupil premium – the extra money for disadvantaged students – to those over 16.

“We will also abolish Ofsted on day one and stop the narrowing of the curriculum and teaching to the test. We need fewer exams and more intellectual curiosity and creativity – an education system instead of the current qualifications system.”

His personal priorities for higher education are to bring back maintenance grants and reform the loan system to adjust the earnings level at which graduates start to repay and the interest rates. “To charge students 5.4% while they are studying is an outrage,” he says.