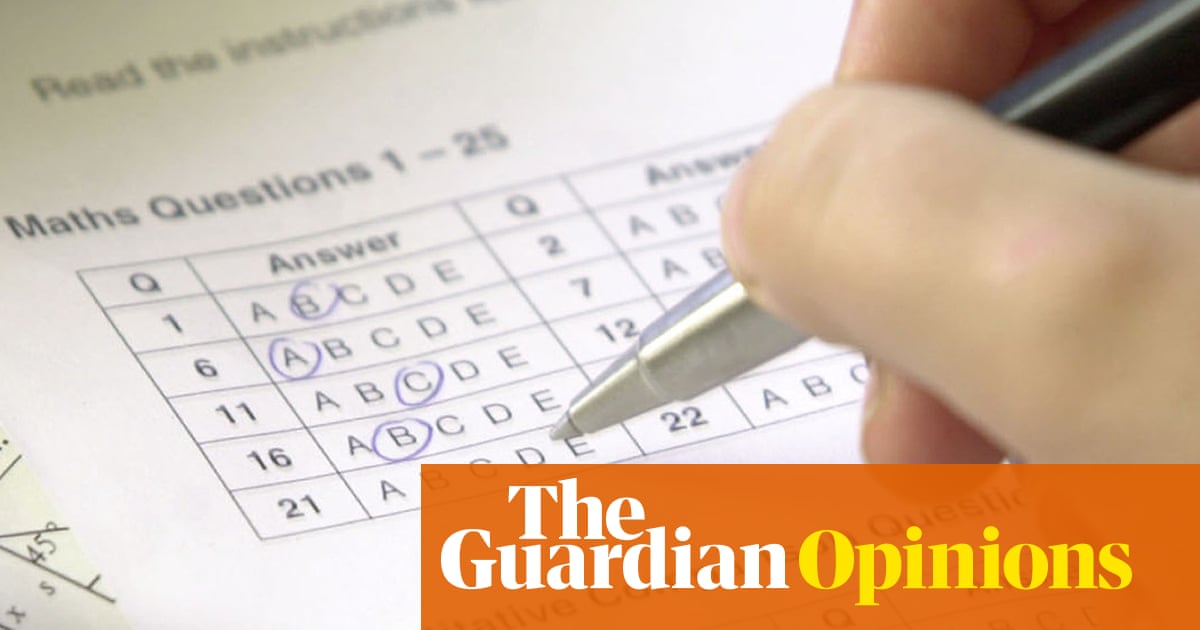 Do you think it is now possible to produce statistics on schools that not only ignore what teachers, headteachers and parents have to say about the children, but don’t even have to be attached to real pupils? Can there be fictive figures, floating above a school like number fairies?

I had this thought at a school I visited. It went like this: the headteacher tells me he’s just had an Ofsted inspection and it’s not looking good. The inspector looked at the results from year to year and the performance levels haven’t been maintained. The headteacher looks worried, he thinks there is a possibility that they might be put into “special measures” or even forcibly turned into an academy. He pulls out a chart, points at the list of children in year 6 and explains to me that hardly any of them have been at the school for more than 18 months. They are new to the country, new to speaking English. He’s proud that they did so well in the Sats in year 2 for seven-year-olds and proud of his staff.

Ofsted plans overhaul of inspections to look beyond exam results

“Did you explain this to Ofsted?” I say. “Yes,” he says. “I pointed out that the marks Ofsted were looking at for seven-year-olds in year 2 were not for the same children as the year 6 ones for 11-year-olds. The year 2 children have gone.” “What did the inspector say to that?” I ask. “He said that had nothing to do with it.”

As you’ll know, it’s number fairies like these, laughably known as data, that can decide whether a school will be put under special measures or be forced by you, Mr Hinds, to become an academy – no matter what the head, the staff, the parents or the children say.

I say “as you’ll know”, but then I read that you said earlier this month in a letter to headteachers that the heart of your vision for the education system was “a strong belief in school autonomy”. You added: “Central to the government’s entire education policy is trust for [pdf] professionals – and we trust and support headteachers to make decisions that are in the best interests of their pupils.” Really? But what “autonomy” did the school I visited have? What “support” do you give to a headteacher in that position? What “decisions” can “best-placed” headteachers make in the face of inspections like that?

As for the autonomy of schools in general, who is the ultimate arbiter on the opening or closing of academies? It’s you. You alone hold the destiny of thousands of people in your hands. Historically speaking, the school curriculum has never been more controlled from the top. That’s how centrally directed high-stakes testing, exams, inspections and league tables work. These control what and how children learn. I see stuff being taught that is a direct result of the demands made from the top by one of your predecessors, Michael Gove. You’ll know full well that he had his own personal take on the work of ED Hirsch, with his emphasis on learning facts. The result was that Gove loaded the exam system (and thus the school day) with the sort of knowledge that can be measured. This was often against the advice of the headteachers whose “decisions” you say you “support”.

There’s something else going on which at first glance looks like schools acting autonomously but is in fact a result of top-down pressure: students are being discouraged from doing certain GCSEs; some disappear from the registers or slip out of the system altogether. And we hear from Ofsted, that other students may find themselves junked in illegal, inadequate schools because the requirement to meet targets rewards the schools that get rid of low performers.

Autonomy? I don’t think so.