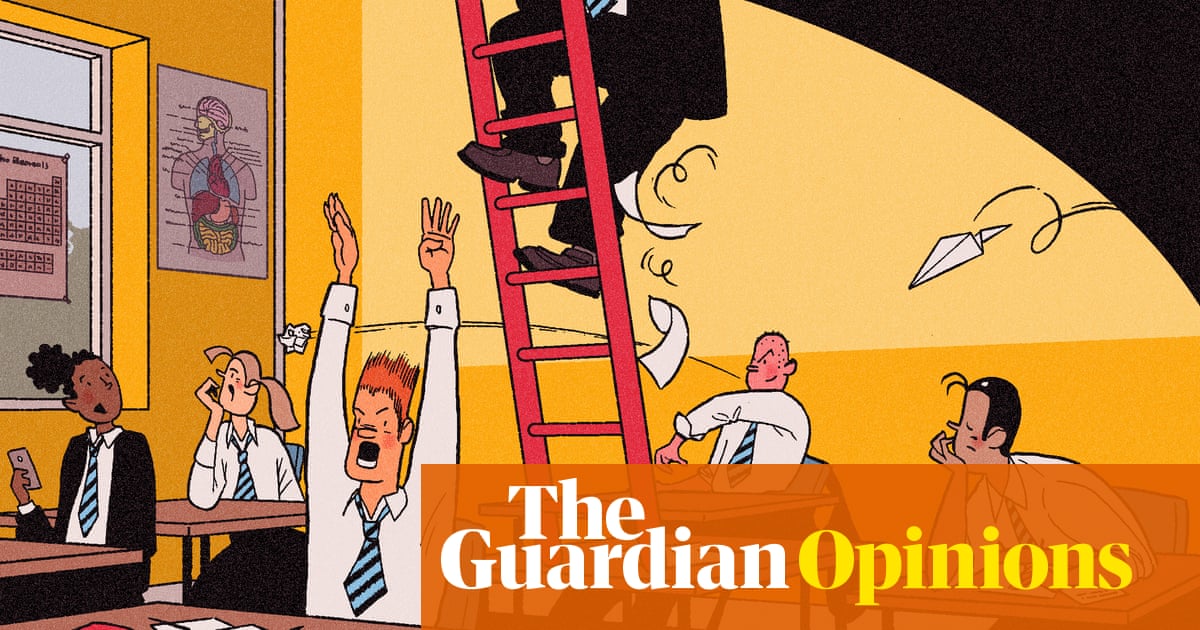 This summer, when she leaves school, Leah wants to become an art therapist. Her classmate Holly wants to do something with psychology, and for Sam it’s an apprenticeship with the police. None of this would be unusual except that Sam (not his real name), a chatty and engaging 16-year-old, used to spend his days at school in isolation and his evenings “getting into trouble” around town with his mates. He thought he had irrevocably screwed up his life, and was resigned to having blown it. Fortunately for Sam, he found somewhere prepared to give him not just a second chance but a third and a fourth and a fifth. Whatever happened yesterday, tomorrow is always a new day.

All three teenagers attend Restormel academy, in the Cornish town of St Austell. It’s one of a group of alternative provision schools belonging to the Wave multi-academy trust, catering for children permanently excluded from mainstream secondary schools plus others who haven’t been expelled but may be on the verge, who come in for specialist interventions. The young people I meet are friendly, articulate and sick of a national debate raging over their heads that draws sometimes crude connections between exclusion, knife crime and feral behaviour.

They were so incensed by one newspaper article suggesting some teens spent their time in alternative provision smoking, playing pool and fighting that their resourceful English teacher Kate Martin got them writing to the editor. (As Holly points out, they don’t have a pool table and smoking is banned.) They’re painfully aware of how outsiders see them; Leah was taunted about going to the “retard academy” when she left her old school, while Sam arrived expecting bars at the windows. But they won’t be labelled criminals-in-waiting when, as the Wave trust’s chief executive, Robert Gasson, puts it: “We’ve sent more kids to university than we have to prison.” One former pupil recently embarked on a PhD in criminology.

Use of isolation booths in schools criticised as ‘barbaric’ punishment

This week, ahead of ex-minister Edward Timpson’s imminent review on school exclusions, the government announced the creation of two new alternative provision free schools to help meet rising demand. The causes of that rise remain hotly disputed – whether it’s cutbacks to the support available for vulnerable kids in mainstream schools, heads flattering their GCSE results by easing out difficult pupils or austerity squeezing overstressed families, or even a more rigid curriculum but they are unlikely to decrease any time soon.

Beyond the row over whether exclusion fuels social problems or vice versa, a new conversation is beginning about what can actually be done for these children, led by organisations like the Difference (a charity founded by ex-teacher Kiran Gill to boost expertise in alternative provision). There are still too many units found wanting by Ofsted, and nationally half of excluded children end up not in education, employment or training at 16. But at Restormel the figure is only 4%, and these kids are turning on its head the assumption that getting expelled is invariably catastrophic.

You can see the sea from the top of St Austell, but some children join the school having never been to the beach. It’s hardly inner city. But beyond the picture-postcard villages, Cornwall has its share of drug and alcohol abuse, poverty and neglect. Most students here have experienced some kind of trauma – separation from a parent, witnessing domestic violence, rape or sexual abuse – and the legacy for some is hypervigilance. So children don’t sit with their back to the door in classrooms, because some can’t relax unless they can see an escape.

How to Develop a Greater Sense of Motivation in Students

The school dog, Isla, a black cockapoo, pads around soothingly, and the headteacher, Lianne Ward, greets students with a motherly pat on the back, fist-bump or even a hug. When she started here the kids were “quite physical”, pushing and shoving, but she realised this sometimes masks a longing for human contact. Not every child gets hugged at home. Heartbreakingly, some children would lash out because being forcibly restrained by teachers had become a form of physical comfort. Since she introduced a policy of carefully calibrated “safe touch”, Ward says use of restraint has plummeted.

Nobody pretends that getting results is easy. Some teenagers arrive with the reading age of an eight-year-old, so all staff are trained in teaching phonics. While a handful go on to university, others won’t be up to GCSEs.

The oft-quoted statistic that only one in 100 excluded children get five good exam passes is, however, somewhat misleading because it doesn’t take into account what they might have achieved in mainstream school after five troubled, disrupted years. The teenagers I meet are adamant that their grades would be lower if they’d stayed where they were, drowning in large classes whose teachers don’t always have time to unpick complicated home lives. Here they learn in groups of four or five, with one-to-one tuition if necessary and a family support worker. They feel safer, calmer, treated as individuals. While the ultimate aim is reintegration into conventional schools, one mother I meet says if her foster son was invited to go back, she would fight to keep him here.

And I leave pondering something Robert Gasson said: that there will always be children who struggle to cope in the mainstream, but a system under pressure may inadvertently create more of them. “I take my hat off to mainstream schools; one of my friends is a PE teacher and she’s got 42 kids in her class. That’s a hell of a job. But what that means for mainstream schools is, if they’re not very careful, they end up like canning factories for chickens, and if you’re not a chicken you don’t fit.” Children’s problems don’t begin with exclusion, but can be helped to end there. Whatever has happened, tomorrow is always a new day.

• Gaby Hinsliff is a Guardian columnist