Evening emails and an “always on” working culture means that for many parents their job has become too big for the hours they are supposed to allot to it, according to an influential survey.

The 2020 Modern Families Index reveals that while more than half of parents have flexible working arrangements, poor job design has left many struggling to cope with the competing demands of home and workplace. It found that more than a third fake illness to meet family obligations, leading campaigners to warn that the fight to keep jobs “human-sized” is often being lost.

The survey shows that substantial portions of the working population are not benefiting from work-life balance improvements – struggling to reconcile fixed hours with their need for family life and good health. Almost half say that the rise of modern communications has blurred the boundaries between home and the workplace. And 44% of parents admit checking emails or doing other work in the evening, with three-quarters feeling they have no choice in the matter.

Out of control: is too much work the real cause of burnout?

The index, which surveyed more than 3,000 parents from across the UK, has been published by the charity Working Families and the childcare provider Bright Horizons since 2012.

It found that more than half of working parents now have flexible working hours or work from home, with the proportion rising to 62% among millennial parents.

But almost half – 48% – say that working from home has increased their workload, while 44% admit they feel compelled to dip into work in the evenings. The majority of parents who have to go into “work mode” at home complain of the impact. More than half, 54%, say it leads to arguments with their children, while 57% say it contributes to rows with partners.

“This research shows that for too many parents, work is still too ‘big’ for the hours supposedly allotted to it,” said James Tugendhat, international managing director at Bright Horizons. “Too often fathers are working overlong hours, while mothers carry the double burden of paid work and childcare. Yet, increasingly, neither mothers nor fathers want this. It’s time for employers and lawmakers to reconsider the ‘normal’ nine-to-five model and acknowledge that work doesn’t really need to fit into a five-day-a-week package.”

More than three-quarters of parents who do not work flexibly indicated that they wanted to. But almost a third – 32% – reported it was “not available” where they worked. 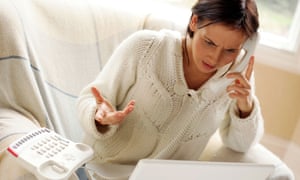 Many workers feel they have no choice but to keep up in the evening. Photograph: Alamy

Flexibility is also linked to seniority and salary. More than two-thirds of parents earning over £50,000 reported working flexibly, compared with just over two-fifths earning between £15,000 and £20,000.

“However, flexibility alone is not enough. Companies should ensure that their staff have ‘human-sized’ roles, with managers who lead by example and keep their own work-life boundaries distinct.” A third of parents now share childcare, a significant change from the 1970s, when fathers’ involvement with children averaged less than 15 minutes a day. Men now spend 16 hours a week doing childcare and household chores. For women, the figure rises to 26 hours a week. Women are still far more likely to work part-time than men: 40% of mothers in the index work part-time, compared with just 4% of fathers. This has an impact on mothers’ earnings: 43% polled earn less than £15,000 a year, compared with 16% of fathers.